Hello friend of! In this post we are going to talk about red lips.  But first, there is one thing you should know:

From now on I will be in charge of telling our adventures and tips about makeup and cosmetics on the blog   🙂 Nice to meet you!

Beauty has fascinated me since I was little, and now I love sharing my experiences and opinions about this exciting world. If you also love makeup and cosmetics, I think we will get along very well 😆

As I said at the beginning, we are going to talk about a classic that never fails: lipsticks in RED tone. They are ideal for any occasion! There are soooo many things that can be said about red tones ... But today we will focus on three points that I explain below:

If you want to know more, read on and join me on this journey through the world of rouge. We started! 😎

Your lips in red: the perfect shade for any occasion

In the fascinating world of makeup, we find a greater variety of products every time. When it comes to choosing a lipstick, we are faced with a huge number of options. It's hard for me to choose just one shade! That is why in the end I end up having thousands of lipsticks 😉 As we have already explained in previous post, dark tones are the kings of this year as far as lips are concerned.

But we cannot forget about the king, a tone that does not go out of style and that can accompany us on any occasion: red. It is the quintessential color, which always attracts attention but can be used at all times of the day. A sexy touch that never fails!

Red is already a striking color in itself, and if we apply it to the lips even more. If you are in a place with many people, your gaze will be fixed first on those people who are dressed in red or intense colors. This is what happens when you wear a red lipstick, you become the star of the place!

If it is true that for a long time there have been urban legends about who favored this color and who did not. If you have never been convinced by red, it is because there are many versions of this color, designed for different skin tones. Therefore, this color is suitable for all of us.   There is only one exception that make-up artists and stylists continue to argue: extremely thin lips. For these, red may not be the best option.

One factor that you should take into account when choosing your red lipstick is the finish: matte is the star . This finish, one of the most cutting-edge trends today, will give your lips a different and very seductive touch, since it will enhance them much more.

Once this has been clarified, there is no doubt that red lips have become a 'wardrobe' in the world of makeup and it is very common to opt for them both day and night. Therefore, here are some tips to show them off both times, from the hand of an expert: the makeup artist Gato, from Maybelline.

For the day , there is a very clear idea: try that the red lips are the only protagonists and do not compete with other parts of the face . If you like well defined lips, opt for strong tones and of course, matte. This, together with strong eyelashes and properly combed eyebrows, will make your look perfect. Forget about shadows, strong blushes or the like. Nothing else is needed!

Now comes the time to know how to combine your red lips at night. Here the options are broader. Being a night makeup, you can define the eyes much more. In the previous post you can find different trends for the eyes, such as the smokey eye, widely used in this type of situation. Any option is possible, as the red lip tones go with any eye shadow, according to the Maybelline makeup artist. So do not hesitate to apply eyeliner, eyeshadows and a well marked mascara , to get a perfect face and very suitable for parties and night events.

Once we know how to use rouge, we have to explain how to apply it . This is how I do it:

As I said before, red captures all the attention. This can be a problem, as it is like putting a magnifying glass to your lips, which can reveal small flaws. Therefore, your red lips must be accompanied by complete hydration, so that no skin or wounds are seen. If your lips tend to have problems of this type (as is my case), do a peel and then apply a moisturizing product at night. Vaseline and oils will be your best allies!

Once ready, we go on to apply. You can do it in two ways, directly from the lipstick or through a brush . A tip: you can also use both! It is very easy, you just have to apply with the lipstick and then touch up with the brush.

If you want to achieve an even more powerful finish, you can outline the lips, following their contour. This you would have to do before applying the color. Ideally, use a pencil that is the same shade as your lipstick. You can enlarge the mouth to make it more sensual, but, be careful !: If you don't want to look like a clown, don't apply it at the corner 😆 You can also use it to give some touches to the inside of the lip, a way to get the color lasts longer and is more homogeneous.

Red lips as a lifestyle

Rouge is the classic of classics. If you choose this color for your lipstick, success is guaranteed. And if you still doubt this tone, there are studies that show the many advantages of red lipstick. A whole lifestyle!

According to research from Boston University (USA) and Procter & Gamble, wearing red lips will make you appear more competent at your job. This study concluded that in work environments the girls who opted for these shades were perceived as safer compared to those who went to work with their faces washed.

This is not the only advantage of red. If you are a waitress, you may be interested in this research from the University of Brittany, where they showed that waitresses who wore red lips get more tips, after a study carried out with seven waitresses who wore different lipstick shades, and the only one who achieved this effect it was red.

And it is that red will also make you look younger, or that is what the University of Leuven says. They are very clear that lip makeup in red tones is a great alternative to anti aging products. When we have a birthday, the lips lose part of their reddish tone, so do not hesitate to use red if you want to rejuvenate a few years

Don't worry, I haven't forgotten the most important part. Above anything else, red lips will make you look sexier! This was something that had already been known for decades, but the University of Manchester has confirmed it: women who wear red lipstick are more attractive.

It is clear to me, wearing red lipstick is synonymous with strength and self-confidence. I can't stop finding information that corroborates it! According to the magazine InStyle, in a study carried out by Harvard, in collaboration with CoverGirl, it was determined that women with red lips upload twice more selfies than those who use neutral colors . Selfie and red lipstick, the best combination!

There are no excuses not to wear rouge in your makeup. Color psychology defines red as a shade that conveys warmth, positive energy, strength, and ambition . In addition, there is one thing that seems to me the most important of all this: red will spruce up any look! Even the most casual outfit will be dazzling with a lipstick in this shade.

I have already explained the reasons why you should wear red lipstick. Now is the time to find out WHO has worn it: celebrities of all ages did not hesitate to succumb to this vibrant shade . Do you want to know who they are? Accompany me!

Red through the decades: the tone most used by celebrities

Femininity, sensuality, power ... The strength of red cannot be compared with any other color. If we look back, history says that the first lipstick used was around 3,500 BC, at the hand of the Sumerian civilization, and in Ancient Egypt it was a high-class product . However, in the Middle Ages, it took a radical turn and wearing it meant belonging to the lower class, the commoners.

We come to the 20th century. Theories claim that red lips became socially acceptable when suffragettes took over New York City in 1912. This product, a symbol of rebellion, was also one of the most marketed during the World Wars.

This is where the real rouge story begins. Since the 30s, many celebrities are those who have used this tone on their lips, until it became the makeup logo that it is today. Would you like to take a walk through history? Let's see who made red lips fashionable in each decade!

Harlean Harlow Carpenter, known artistically under the pseudonym Jean Harlow, was an American film actress and considered a sex symbol during the 1930s. She was one of the promoters of the red lipstick, which she always wore. 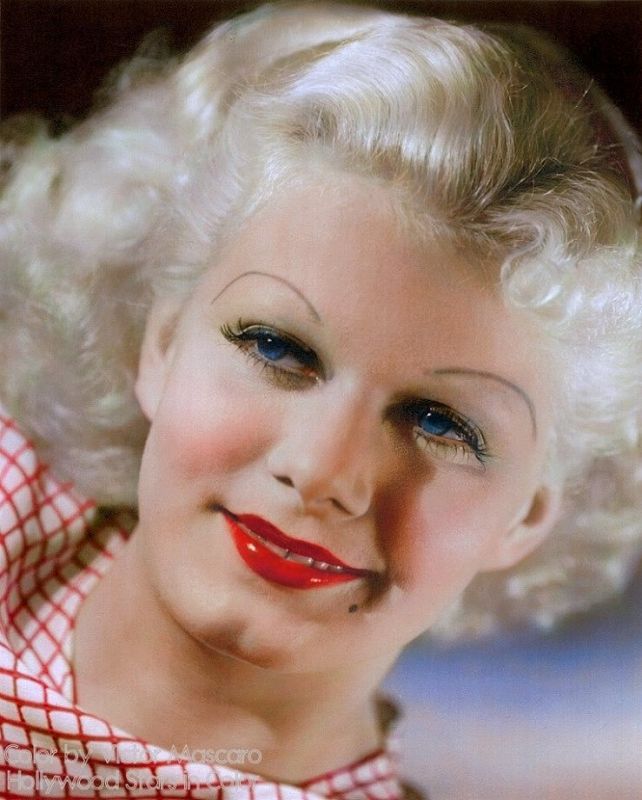 Veronica Lake was a well-known American pin-up model and film actress who won public and critical acclaim throughout the 1940s, especially for her roles in film noir. She used a lot of red in her makeup. 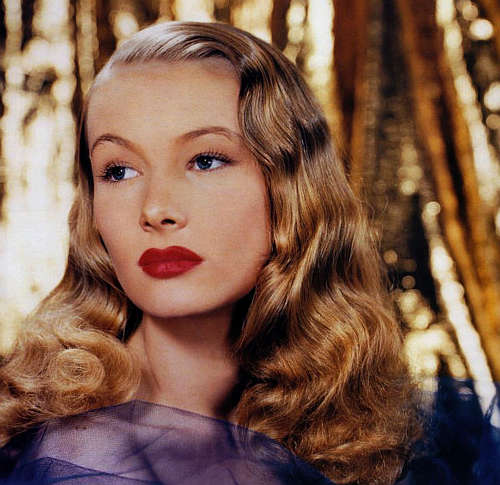 Who doesn't know Marilyn Monroe? This American film actress was one of the most popular of the 20th century. Considered a pop icon and sex symbol, the color red was never missing from her lips. 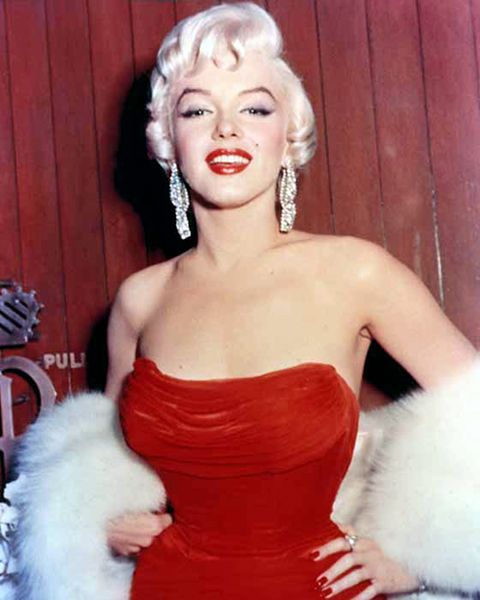 We cannot forget Audrey Kathleen Ruston, better known artistically as Audrey Hepburn. This British actress, model, dancer and activist from the golden age of Hollywood, was considered by the American Film Institute as the third greatest female legend of American cinema, and was part of the International Best Dressed List Hall of Fame, which shows her great involvement in fashion and trends of the time, such as red lipstick.

The famous protagonist of Grease became the sexy icon of the time and her style was copied all over the world, even today it is still a trend. I love her look! 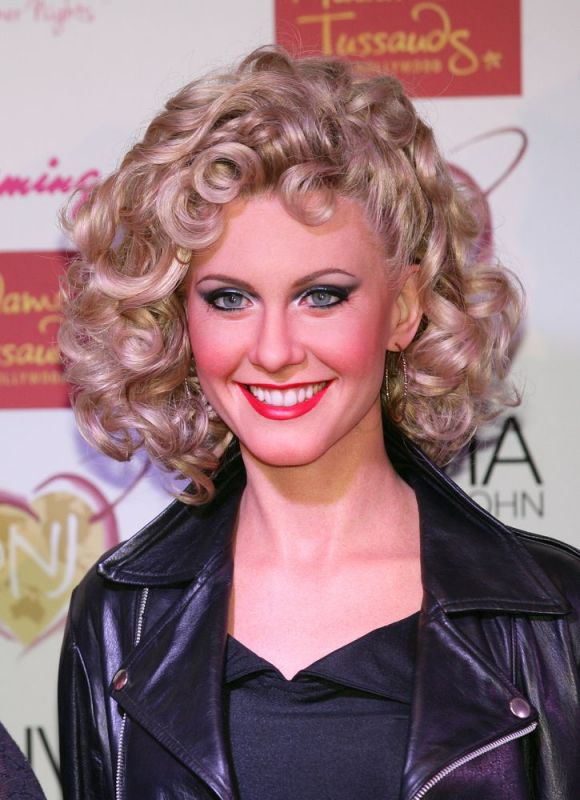 Katherine Ann Moss, better known as Kate Moss, is an English supermodel. She became known in 1992 when Calvin Klein selected her as a model for their perfume line, and she became one of the icons of the decade. Without a doubt, it is already part of the history of fashion. 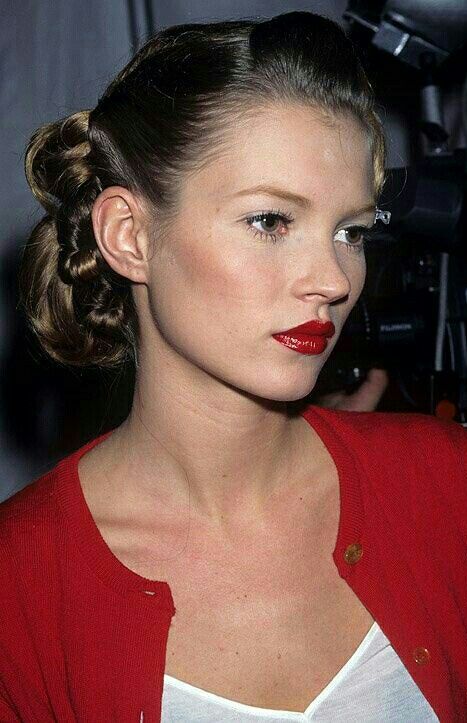 We come to the 21st century. The fashion for red lipsticks has been spreading in these decades, even more if possible. There are many celebrities who use it in countless looks, but I have selected two of them that usually wear it in their makeup. Who are they? We continue!

This American model, actress and star has made red lipstick one of her essentials when it comes to putting on makeup. It gives it a unique touch of sensuality!

This well-known actress, model, director, screenwriter and activist often uses rouge on many of her red carpets. I think it looks great!

Here ends my review of the history of red lipstick. I hope it has been helpful for you!

Remember that this tone works at any time of the day and for any occasion . And if you are sad, do not hesitate to arm yourself with strength and go out with your super red lips on the street!

See you next week!

All my blog is free, help me SHARING
in your favorite social network ;)